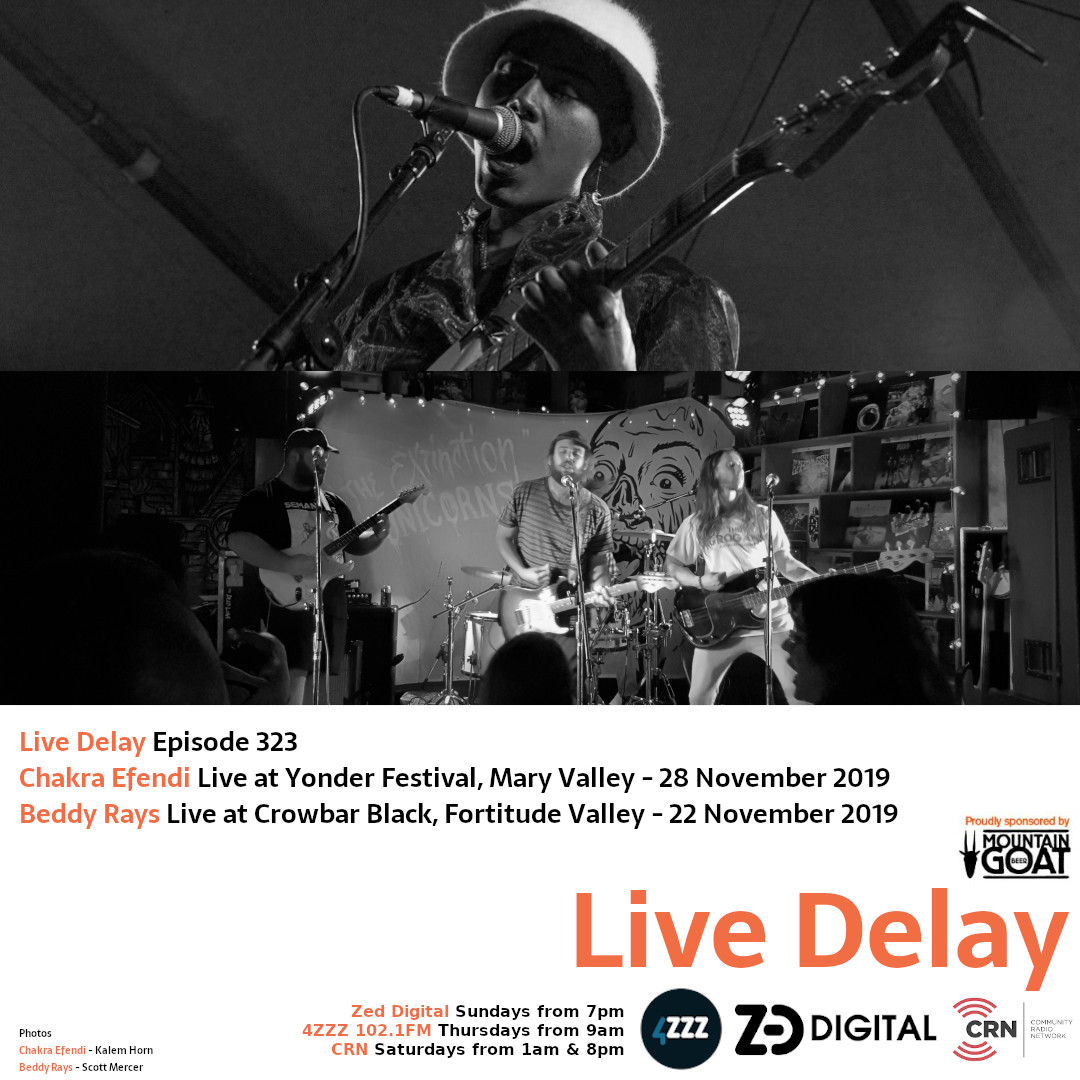 Chakra Efendi grew up between Nambour on the Sunshine Coast and Indonesia, drawing inspiration from their mother’s appreciation of post-punk and their father’s passion for hip-hop and EDM. Barely out of their teens, they’ve been remarkably prolific, with an impressive string of singles released in the past two years along with the EP “Until The Children Grow Old”. Efendi has gone from recording solo in their bedroom to leading an accomplished, full-fledged band, as you are about to hear.

This set was mixed by an audio production student from the Queensland University of Technology as part of their course. We’d like to give special thanks to Yanto Browning and John Willsteed at QUT for facilitating this collaboration.

The four members of Beddy Rays – Jackson Van Issum on guitar and vocals, Bradley O’Connor on bass, Lewis McKenna on guitar and Ben Wade on drums – all met in primary school and have been inseparable ever since. Taking their band name from their home, Redland Bay, they released their debut EP, “Lost Found Beat Around” in 2017. A string of singles have followed, along with countless shows including a tour supporting Tones And I.

This set was mixed by an audio production student from the School of Audio Engineering Institute Brisbane as part of their course.