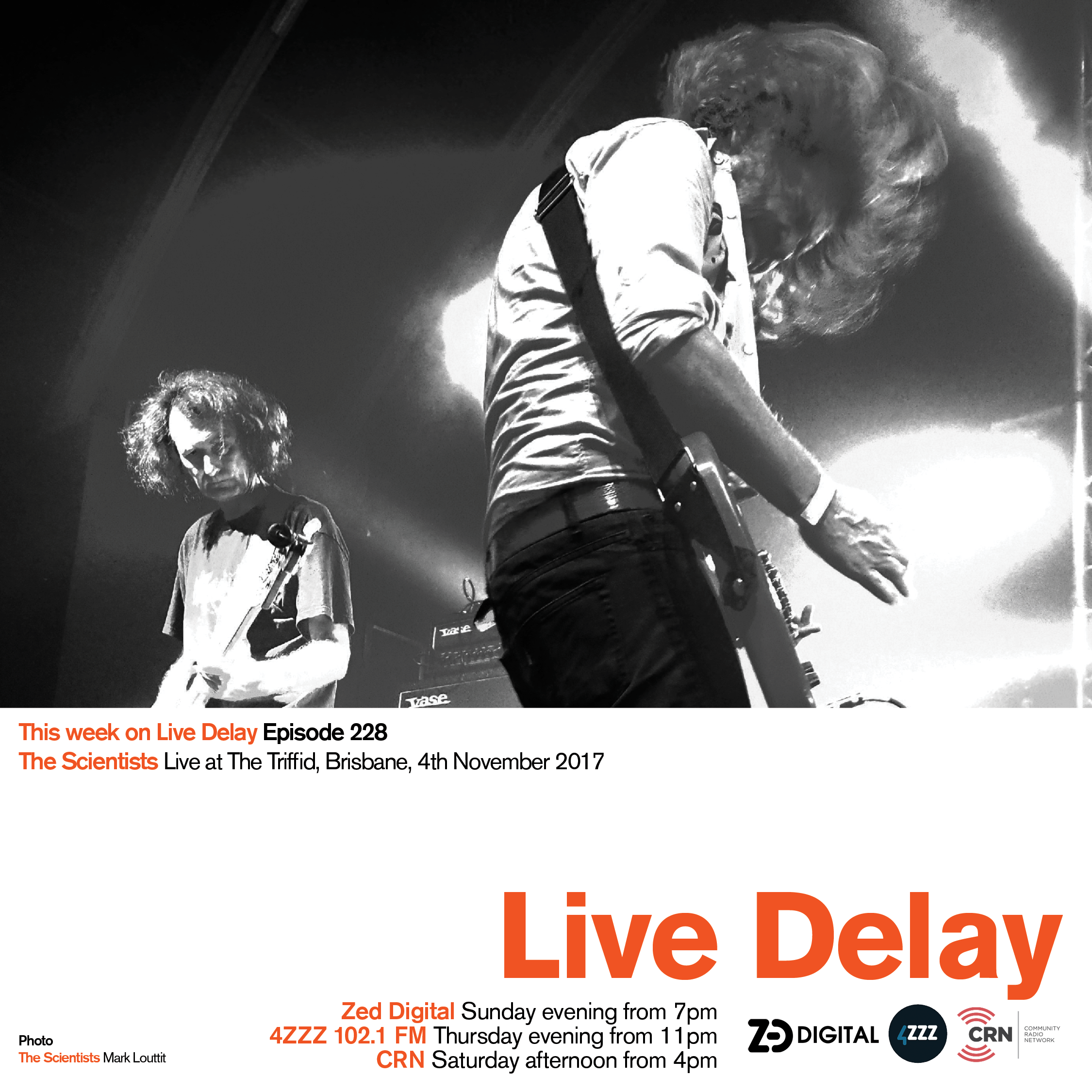 Recorded and mixed by Branko Cosic
Recorded at The Triffid, Brisbane, 4th November 2017

The Scientists first formed in Perth as The Exterminators and then The Invaders in 1977. Once they became The Scientists in 1978, they then released their first single “Frantic Romantic”/”Shake (Together Tonight)” in June 1979 on the D.N.A. Records label. After a debut LP (commonly referred to as The Pink Album) and a number of lineup changes, the band relocated to Sydney in 1982.

This change in scenery and lineup also saw The Scientists change musical direction. Pop-infused punk rock was traded in for a more psychedelic style of swampy, blues rock n’ roll. The band was signed by Au Go Go Records who released two singles as well as the influential “Blood Red River” LP in the space of a year, making them one of Australia’s most popular independent bands at the time. But another move was soon on the cards.

Like many Australian bands, London came calling for The Scientists and they migrated to the UK recording and touring there from 1984 to 1987. In that time they released another five albums, finally returning home to tour The Human Jukebox LP and disbanding shortly after. The 1985 lineup reformed for a set of exclusive shows late in 2017.