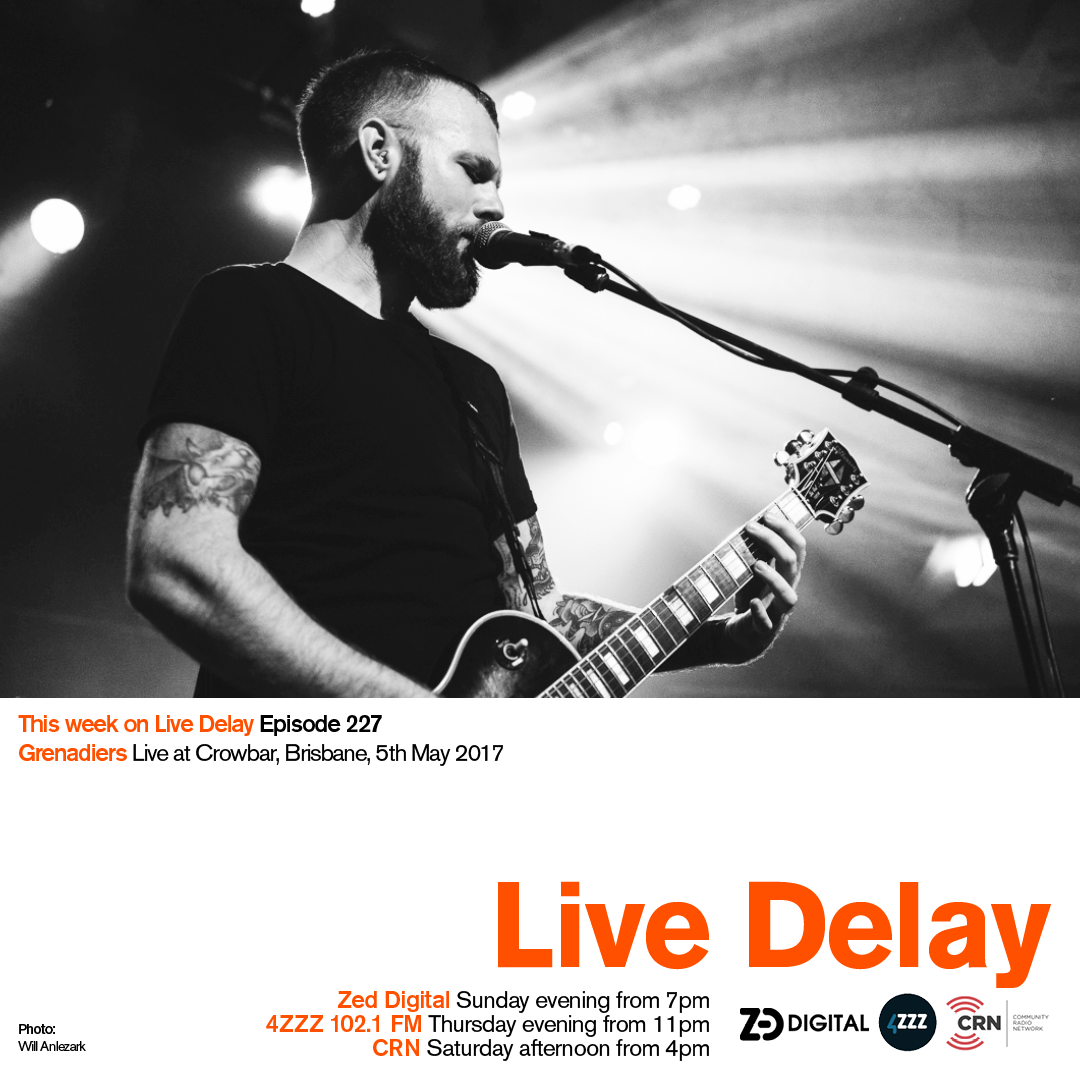 Recorded and mixed by Reuben Aptroot
Recorded at Crowbar, Brisbane, 5th May 2017

Formed in Adelaide, Grenadiers are a powerful 3-piece outfit, straddling the line between punk and rock with a distinct swagger that separates them from rival bands. Their first album “Songs The Devil Taught Us”, released in 2010, established them on the national music scene, touring throughout Australia including many regional dates.

A four and a half year wait came before their sophomore effort, 2014’s “Summer” was released, due to a drastic line-up change which left singer and guitarist Jesse Coulter the only founding member of the band. The critically acclaimed album won them a legion of new fans and heavy radio rotation nationally which led to touring the country with international acts Millencolin, Strung Out, Every Time I Die and Shihad as well as playing Big Day Out and making a trek to the UK’s The Great Escape festival.

In this time, Grenadiers have developed into one of the country’s must-see live acts, combining catchy melodies with unbridled energy. Coulters lyrics are a thoughtful, and sometimes brutally honest commentary on Australian culture, matched with a passionate vocal delivery.