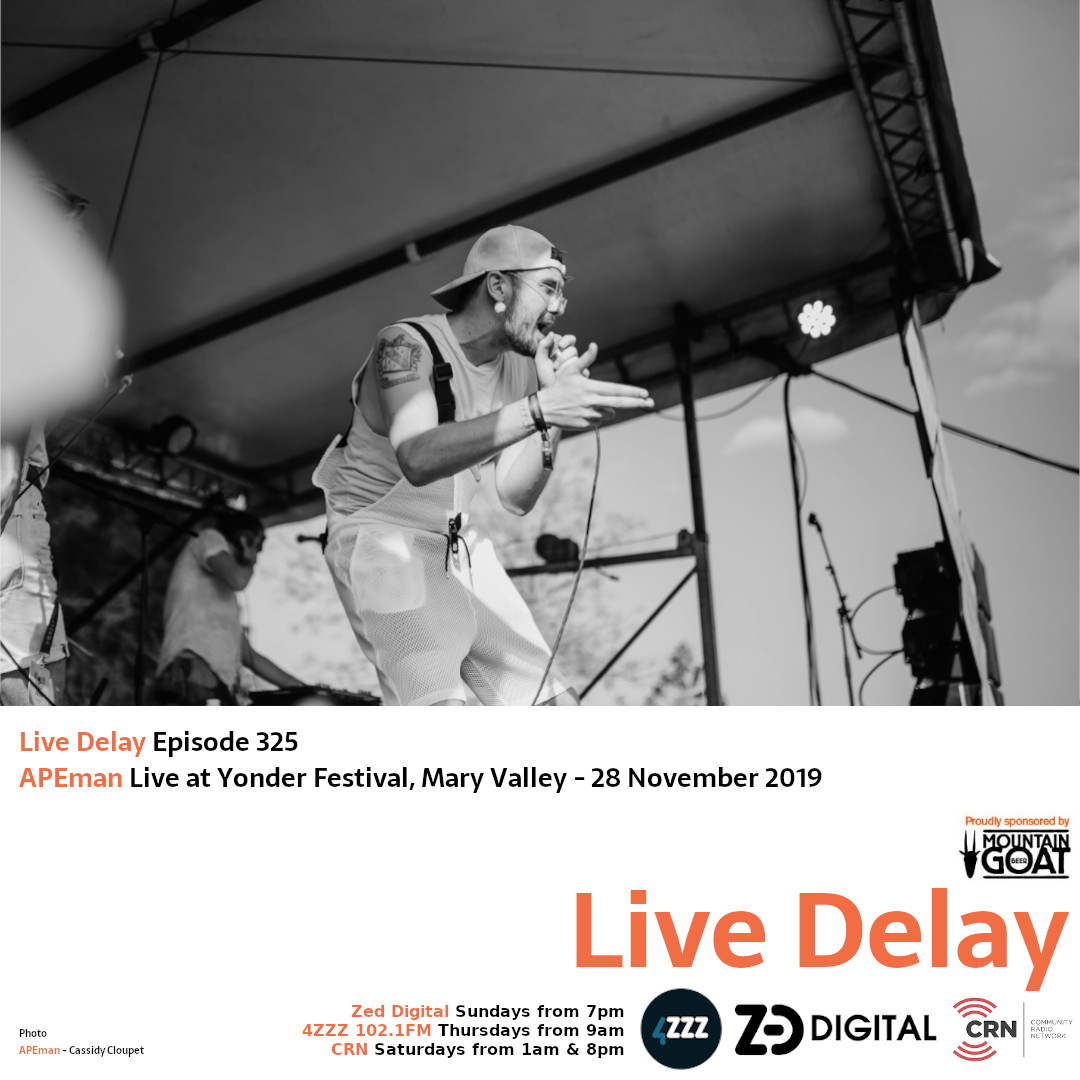 APEman, aka Daniel Coyne-Watego, has been an important fixture in Brisbane’s hip-hop community for several years now. Since his first release, “Fetal Dreams” in 2015 he’s put out the EPs “NEK LVL” in 2017 and “MYTHOS” in 2018, along with a string of singles.

In addition to his own music, APEman hosts the community radio show “Pass The Aux!” on 4ZZZ, a weekly delve into the Brisbane’s underground hip-hop scene with guest artists contributing to the music selection and even freestyling live on air.

Includes an interview with APEman.