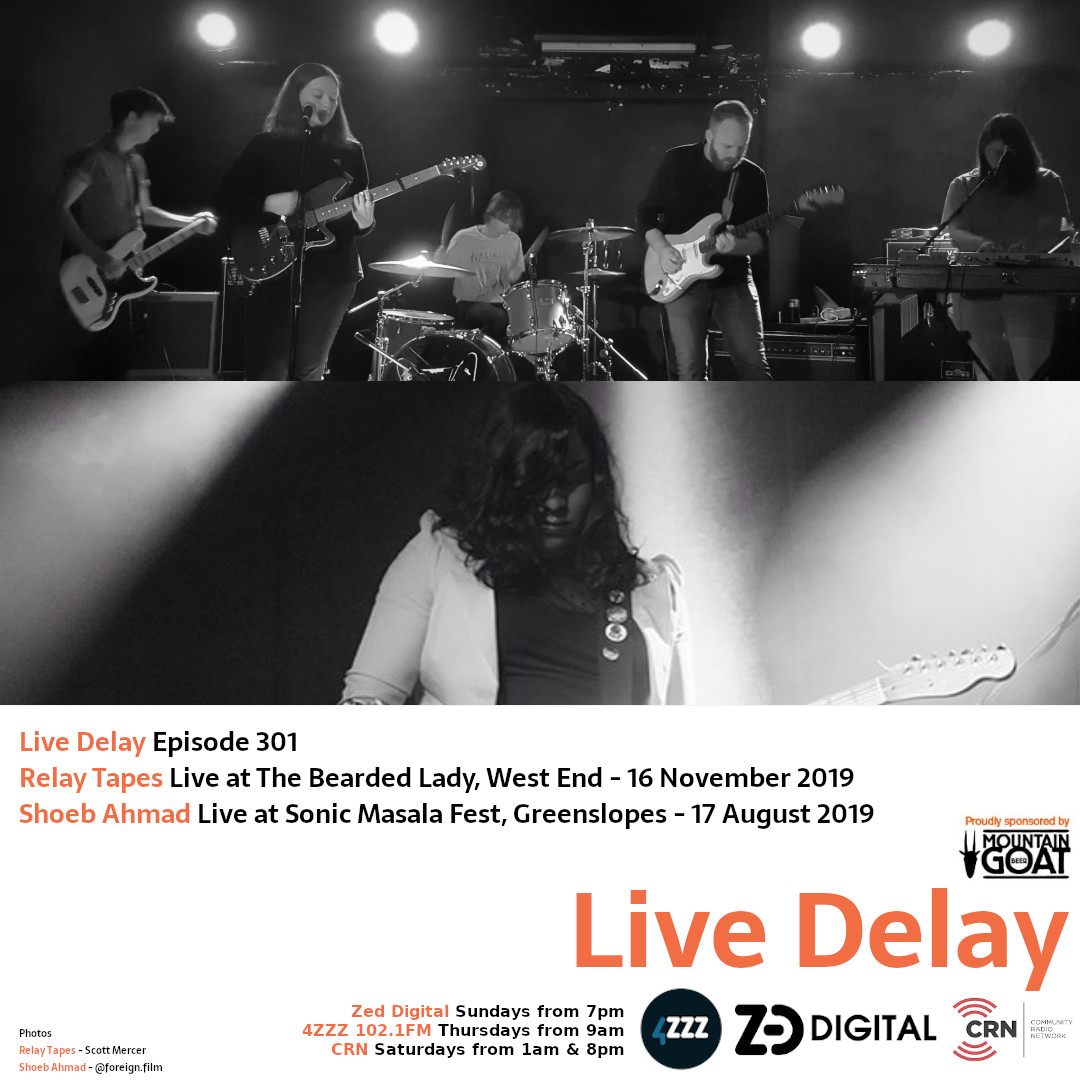 Originally formed in 2011, Relay Tapes is the musical project of Jade Tyers. Following the release of the “Semblance” EP on Berlin-based label Dreams Never End in 2018, Relay Tapes expanded into the live performance realm with the addition of players from Brisbane bands including Ultra Material and PYNES.

Shoeb Ahmad has been a mainstay of Canberra’s music and arts community for over a decade. Her talents are wide-reaching as an artist, songwriter, singer, multi-instrumentalist, producer, curator and operator of independent record label hellosQuare. She has played in bands including Tangents, Spartak, Oranges, Agency and Sensaround spanning the genres of glich/punk, electronic jazz-improv and post-hardcore. Her first solo album “Watch/Illuminate” was released in 2012 on the Mystery Plays Records label and her second, “quiver”, followed in 2018 on Art As Catharsis.