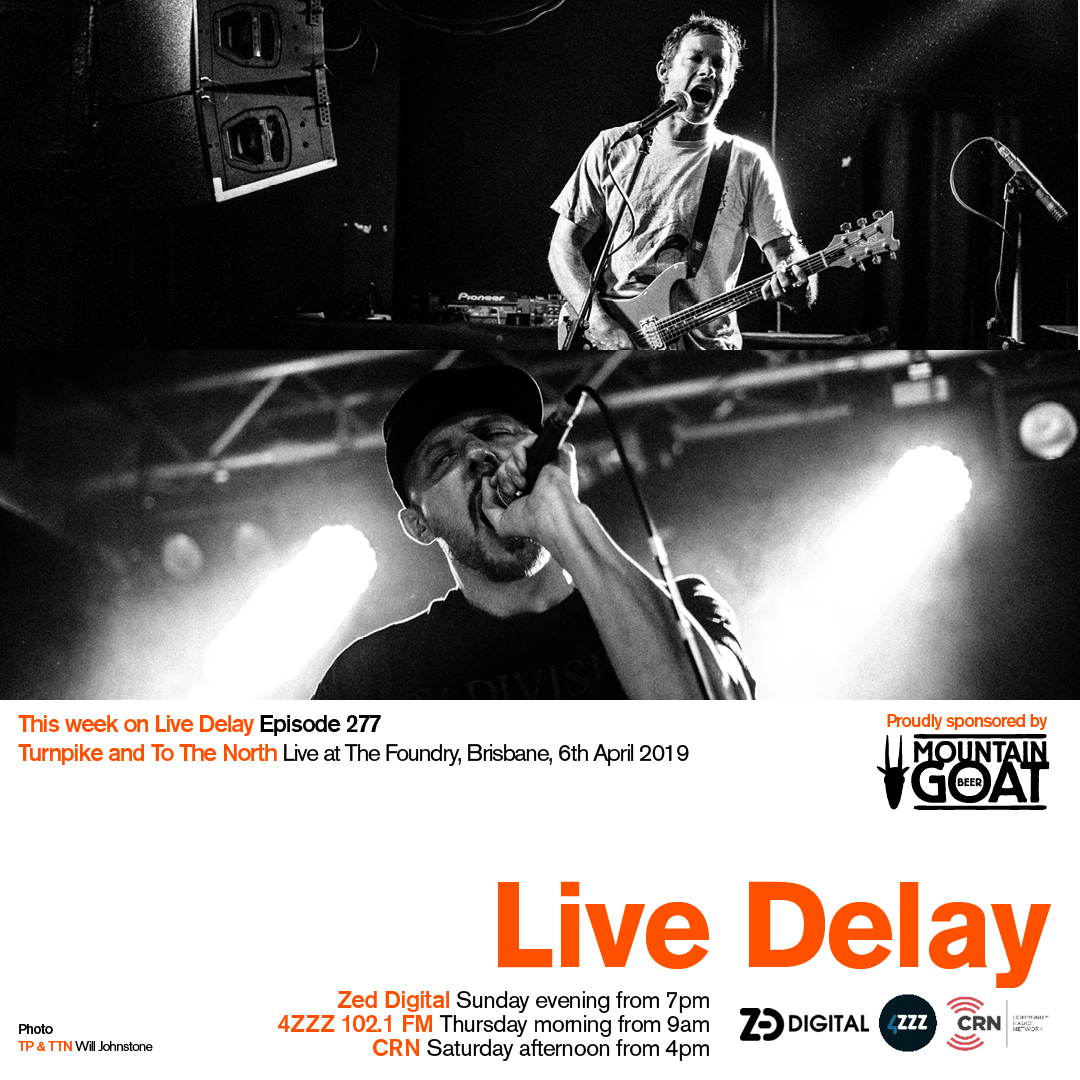 Turnpike are one of those bands that are that really-cool-wise-person’s favourite band and when you listen to them you understand why. They are force of nature and are unrelenting in their pursuit of putting out incredible music. That being said, they can wait a while for new releases they have released three records in the 17 years of existence. However, they have cultivated a remarkably loyal fan base who hang on every new bit of material and show that they perform.

Their music is brutal, heavy but so beautifully intricate as well and truly taps into a primal energy. They released ‘no title’ in 2002, followed up by ‘Humans Find Patterns’ and then 2016’s ‘Where There Is Nothing’.

Turnpike are comprised of Chris Bryant, Tim Evans and Adam King and are nothing short of a powerhouse. The live show is intense and on this night, there was truly a feeling of getting to see a collective favourite on stage.

Performing Live at the Our Sounds Festival at the Foundry on the 6th of April, 2019.

To The North are four friends from Brisbane who play their own brand of indie punk which has brought together a scene of diehard fans. They formed from players from several bands all coming together from their mutual love of music and particular bands. Errol Hoffman, Cameron Gillard, Simon Reynolds and Josh Strange are big fans of the DIY movement and their passion of playing music has fueled their other favourite passion of travelling as they have toured consistently since their start.

They have released several splits, EP’s and albums over the years the latest being the ‘Indiscretion’ EP, which was released in 2010. They play an energetic style and when live on stage they aren’t afraid to turn it up loud and get one with the audience. It’s just pure fun music, to dance about and sing along to and you feed off the happy energy of seeing a band that is doing what they love on stage.

They even hinted at some upcoming new music.

Recorded live at the Our Sounds Festival at the Foundry on the 6th of April 2019.