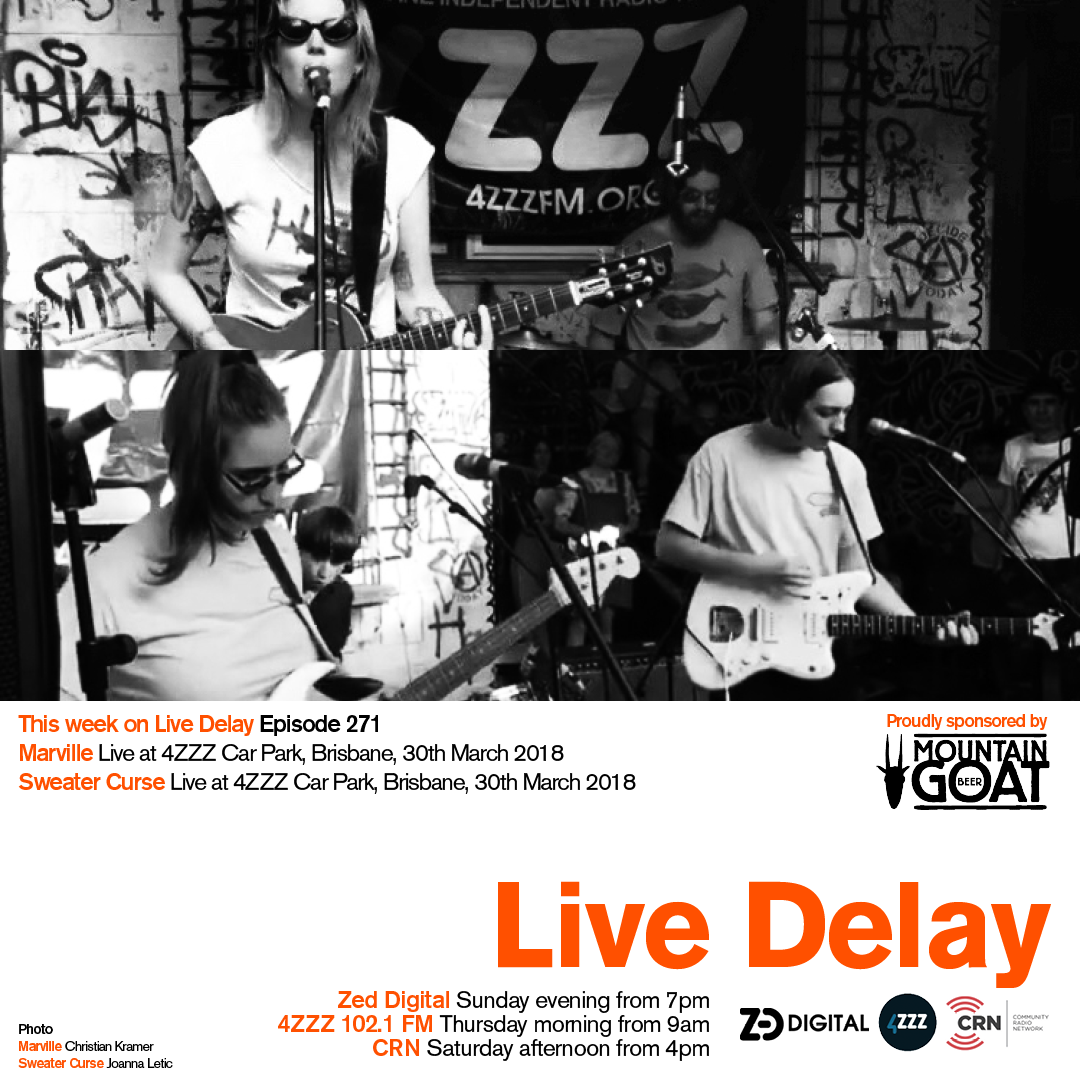 Marville are a brilliant two piece playing unrelenting rock and roll. They formed in 2009 and are formed of the powerful riffs and vocals of Ashley Kerley and complimented by the wild thrashings of Doug Palmer. They have released two records ‘Vayan con Dios’ in 2013 and followed up in 2018 with ‘Terra Alpha’.

Their music is damn to the point, no fuss and no goddamn muss. It’s direct and hits its mark every time. The riffs compel you to move and with big splashing cymbals it produces a sound that really delivers. Ash can reel you in as she spits out the lyrics with venom before unleashing with a roar to kick a track into overdrive. They are a dynamic live act that hits the stage with intensity and loves to take the audience along for a ride. But don’t make my word for it listen for yourselves.

Sweater Curse have been on a bit of a crazy ride over the last 2 years and have put in the hard yards to be seen as one of the most promising acts in the country. They burst onto the scene in 2017 with a track called Fell Asleep which showcased their particular sound of indie rock, but while it was often imitated, this sounded fresh and goddamn exciting.

They are comprised of Chris on guitar and vocal duties, Monica on bass and vocals and Rei on the drums. They have backed up their buzz with an intense live act that has been refined after years of playing as much as they could. They were featured on major stages, bills and festivals around the country and have built an impressive following. They play a brand of indie rock that is engaging and gets you grooving but also makes you focus on the lyrics that you end up hanging on. The way the vocals intertwine and tell a story accompanied by really tight drumming and instrumentation you can see how they have consistently delivered on stage.

Their first EP came out on the 1st of March of this year 2019, and we can only expect good things from these local legends. They hit the 4ZZZ Carpark on the 30th of March 2018.