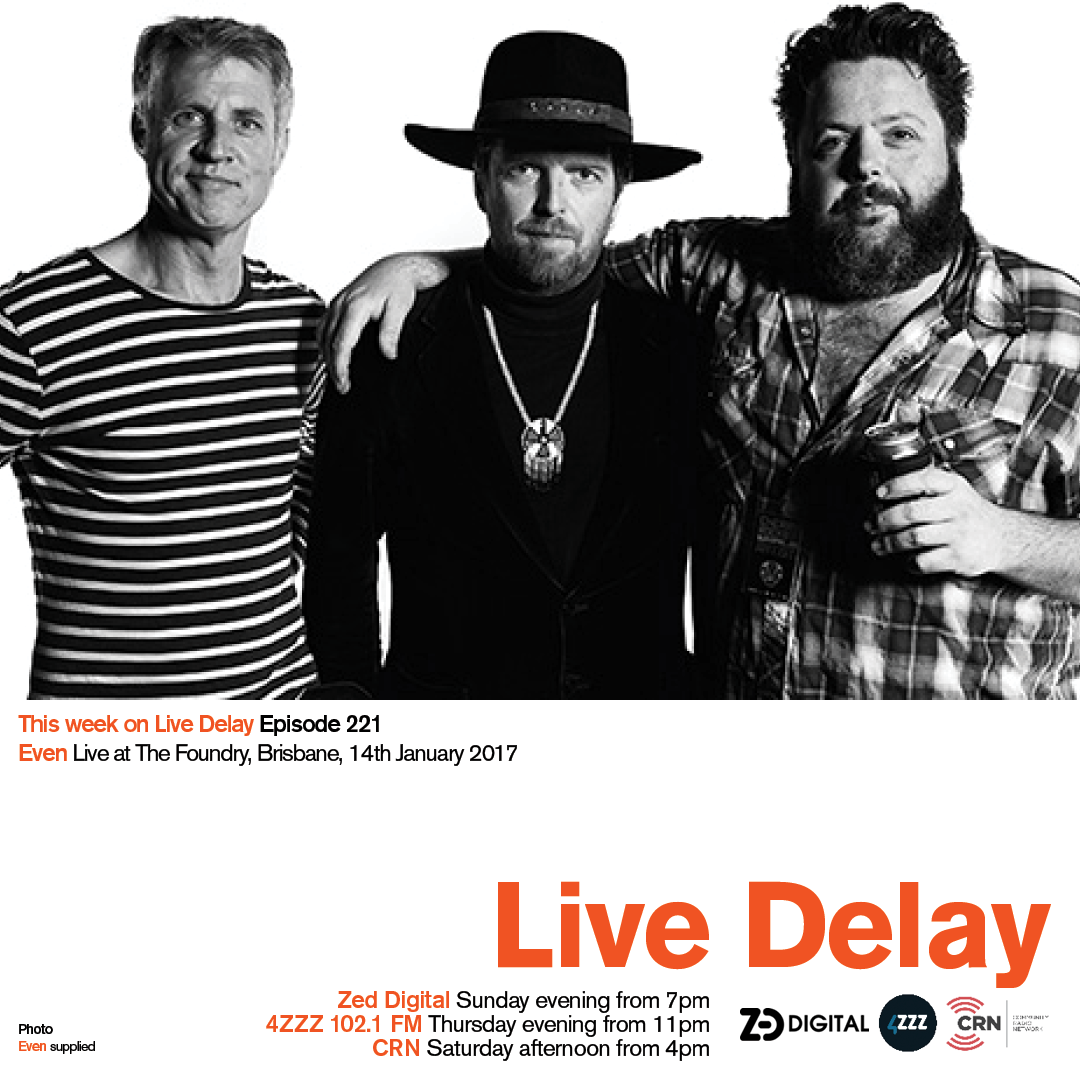 Forming in Melbourne in 1994, Even was formed by high school friends Ash Naylor and Matthew Cotter, and were joined by Roderick “Wally” Kempton from The Meanies on Bass. Even’s sound is attributed to Naylor’s love of guitar pop music of the 1960’s and 1970’s and introduced themselves to the world with 2 EP releases in 1995, ‘In Stereo’ and ‘Ten to Forty-Six’ through Rubber Records.

1996 saw the release of their debut album, ‘Less Is More’, which was recorded by Greg Wales and mixed by Wales and esteemed UK-via-Australia producer Nick Launay. Australian musicologist, Ian McFarlane, said at the time that is was “one of the best Australian debut albums of 1996.” and was it was nominated at the 1997 ARIA awards for Best Independent Release.

They followed it up with 1998’s ‘Come Again’ which featured acclaimed American producer Tony Lash on the desk, and kicked off the millennium with their third album ‘A Different High’ in 2001, with ‘Free Kicks’ following in 2004, ‘Even’ in 2008 and ‘In Another Time’ in 2011.

On the 20th anniversary of ‘Less Is More’, Even decided to celebrate the occasion with a small run of dates on the East Coast and we were lucky enough to capture their show in Brisbane.