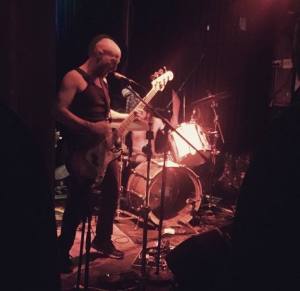 DEAD are a brutal punk two piece from Melbourne that stick very true to the DIY ethos. Since their birth in 2010 they’ve toured south east Asia, USA, New Zealand, and Australia extensively, they do all their own artwork, create all their own merchandise, and even went the extra step and created their own label ‘We Empty Rooms’ to release their music. Consisting of just drums and bass, their sound is made up of heavier than lead distorted bass lines over the top of explosive drumming with in your face gruff shouts that creates a ruthless all out assault on the eardrums. They’ve released three full length albums, as well as a number of split EP’s all of which are available through their own label ‘We Empty Rooms’. 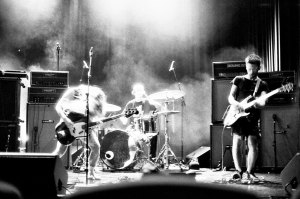 Coming from the very far north of the world, MoE are three piece that are more of an experimental noise punk group. Their songs can be soft minimal slow jams that build up into a chaotic concoction of sound, or hard hitting brutality from the get go with solid drumming, offbeat sharp guitar jabs and howling vocals that screech over the top. MoE were recently in Australia touring with the previous band from this episode DEAD, for the release of their second album ‘Oslo Janus’ which was released on October 1st 2015. Also as a cool bonus,  In anticipation of their adventures down under, MoE also released a split EP with DEAD through their ‘We Empty Rooms’ label. Unfortunately during their tour, their drummer Håvard Skaset had to return home for personal reasons, but luckily DEAD drummer Jem was there to lend a hand and fill in part of the rhythm duties for this set.